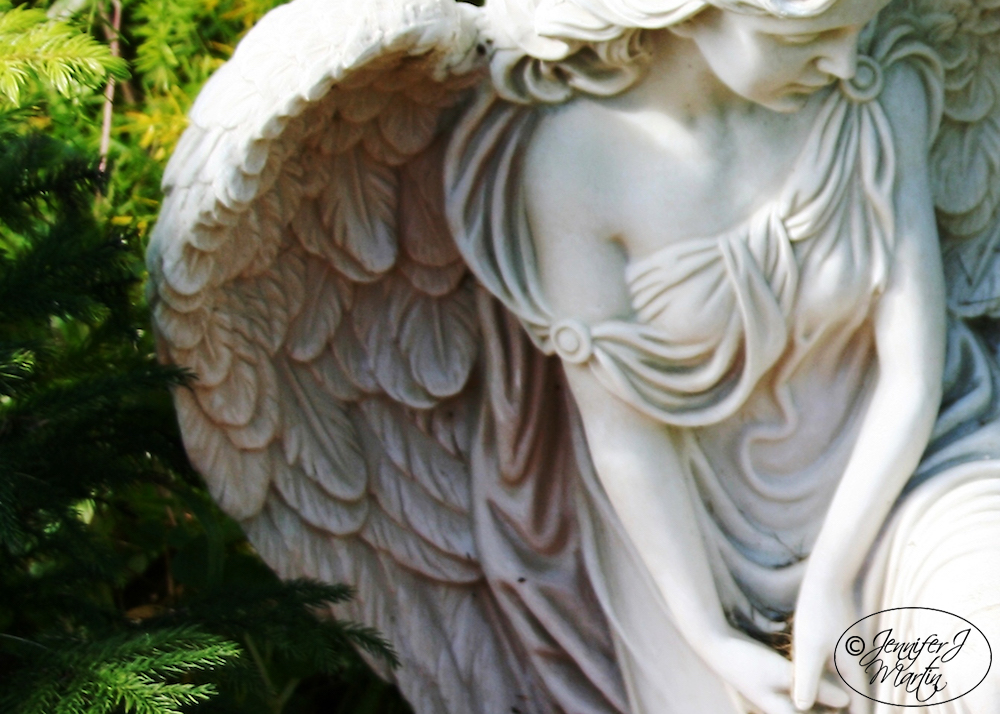 Angels and Cemeteries…Images of angels have brought comfort and joy to people all over the world for centuries. The Glenwood Cemetery in Houston, Texas is home to some of the most exquisite angel statuary I have ever seen.

A little history about the Glenwood Cemetery from their website:

“Glenwood shares characteristics of other 19th-century romantic garden cemeteries: It was established in a rural area (as Houston existed in 1871). It was built on a site with a distinguishing natural feature. Glenwood’s design takes advantage of the ravines leading to Buffalo Bayou to create a rolling landscape unique in Houston. It was landscaped in a naturalistic style with curving roads and walkways. Newspaper accounts of 1871 compared Glenwood to such well-known garden cemetery parks as Mount Auburn in Cambridge, Mass. (1831), Laurel Hill in Philadelphia (1836) and Green-Wood in Brooklyn (1838). Architectural historian, Stephen Fox, has written that Houstonians of the late 19th century considered Glenwood to be not only a cemetery but a landscaped park. Improvements in streetcar transportation brought increasing numbers of visitors to Glenwood on pleasant Sunday afternoons.”

On October 12, 2015, I walked the Glenwood cemetery with the intention of photographing the angel statuary there. I was in a particular part of the cemetery — a tiered landscaped section with steps leading up to a second, and then a third level. I was on the third level.

Below me, I noticed a woman pull up in a black Jaguar sedan and park at the curb. She got out of the car and opened the trunk. She removed two potted mums and a bottled jug of water and placed everything on the curb. One by one, she carried the mums and water up the short staircase that led to the grave on the second level. She placed the flowers, watered them, and took a seat on a bench at the grave. She lingered there for quite a while. I could see there were adornments at the grave, but I could not make them out from where I stood.

This woman was somber. All of her actions were reverent and deliberate. I thought perhaps this might be her parents’ grave. Something about her demeanor spoke to my heart. This was a deep loss. I knew I wanted to see the grave for myself. I waited until I finally saw her go down the stairs and get in her car. She sat there for awhile. Finally, she drove off.

I made my way down the stairs to the grave. There I found a carved angel who knelt with bowed head, her hands clasped in her lap. The brass grave marker read: Massimo A. Massoud (2002 — 2009). Now I understood the tenderness and care I had just witnessed — a mother’s broken heart continuing to express her love for her child.