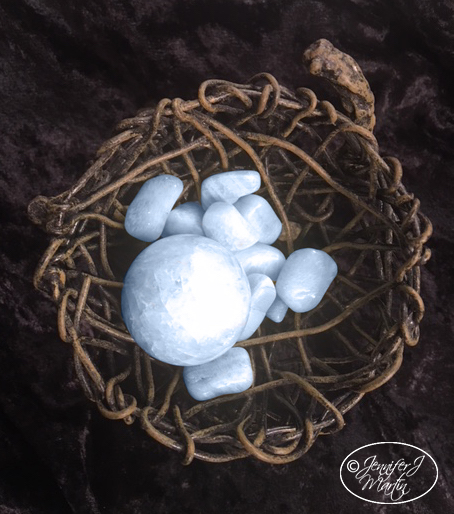 My world and my heart were shattered by the nod of the emergency room physician’s head to my one question, “Is he gone?” My son and only child, Kelly Hales, had died of a heart attack at the age of twenty-three on February 5, 1991.

During that week, I became a writer. I wrote Kelly’s eulogy. It was the first of several eulogies I would write in my lifetime, but this one would be the hardest to write. Those words told a story of a young man’s beautiful life, a love story. What happened in Kelly’s life is usually found in ancient fables that tell of a young hero’s journey, a pawn turned into a knight.

This eulogy and the journal writings that followed became a way for me to ease the pain in my heart. Putting words down on paper allowed me to acknowledge my grief and love for my son. As I wrote, I imagined grief as a harsh mistress – I was determined to face her. She was the dark pain in my heart. With all my courage, I invited her in. I searched for words to string together to describe the joy, life, and laughter that had been taken from me. Like polished blue stones, the words tumbled from my heart and onto the yellow ruled pad, always accompanied by tears, hot and full. I searched for healing and understanding in books written on child loss, looking for someone else’s experience to tell me how one heals following the death of a child.

One day, I stumbled upon an article in the San Antonio Express-News titled, “When the Worst Happens” by Sharon Rauch of the Tallahassee Democrat. It began, “Most of us don’t even want to think about it. It’s not natural. The old shouldn’t have to bury the young. But every year, 55,000 children die.” The accompanying photograph was of a beautiful woman, Brenda Rabalais, holding a photograph of her son, Lee, who had died of bone cancer at the age of fourteen in 1996. I remember staring at the photograph and sensing the deep sadness in her eyes, a pain I was familiar with. The caption read, “She now helps other mothers whose children are dying.” In memory of her son, Brenda had founded Lee’s Place, a nonprofit grief and counseling center.

I wrote to Brenda and included some of my journal writings. Through an exchange of letters, we shared our feelings on child loss. I was struck by what she wrote in one of her letters: “I’m always amazed at how contradictory I feel when I read other people’s stories and experiences of loss. On the one hand, I’m impressed at how eloquent the writings can be; descriptive, shocking, transformative. On the other hand, I’m always amazed at how words never really touch the level of grief that is in my heart. But neither does music, or dancing, or anger, or art. But then that is the conundrum of grief, isn’t it? Grief is something that cannot find full expression in this world. So what do we do with it? We do what humans can do; we write, we paint, we sing, we dance. All in the hopes of somehow expressing on the outside, what we know on the inside. And the wheel turns.”

I began to understand the power of words to heal and inspire, both the ones I was writing and the ones I had read. In the first week of Kelly’s death, I recall asking, “Why? Why did Kelly die?” The voice inside my head replied, So you can do your work. At that time, I didn’t understand the reply. But, in time, I did. I continued my journaling while attending a weekly support group for bereaved parents called Forever Loved. Later, I was asked to facilitate Forever Loved, which I did for two years.

Hoping to be able to help more child-loss parents, I published my journal writings in a book titled Star Child: A Mother’s Journey through Grief. I recall the words of a father whose son had died in a tragic accident. “I sat down to start reading your book, and ended up reading the whole thing in one night. Thank you. I feel like I finally have words for what I’ve been feeling.”

I hope you find warm comfort here for your broken heart and spirit.